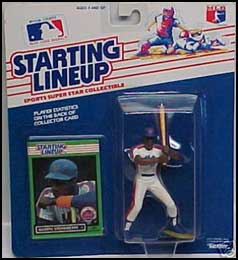 MLB Starting Lineup figures were produced from 1988-2001 they are also referred to as SLU baseball figures for short. The most popular series these days are the earlier series, with the 1988 and 1989 mlb starting lineup figures being the most popular.